Biden vs. Trump was the only other candidate pairing looked at in these polls, but no category or tipping point changes resulted.

Before I show all the relevant graphs, I thought I'd show another comparison for these three candidate pairs. Let's look at the current spectrum of the states:

Click through on any of these to look at the specific numbers or details. The point here is to look at the overall pattern though. You can see here how at the moment as you move from Biden to Sanders to O'Rourke, Trump gains strength, moving more states from Weak Dem to Weak Trump, and more areas slip from Strong Dem to Weak Dem. There is even one move from Strong Trump to Solid Trump (Texas).

This is just another view of the theme that has been present in all the Election Graphs update posts so far: Biden doing better than other Democrats against Trump. This situation will very likely change. The other candidates will get more exposure, and name recognition factors will fade. But that hasn't happened yet.

On the national level, Trump's "best case" changed against these three candidates. Best case is perhaps a misnomer here, as 2016 showed, it is possible for a candidate to do better than the "best case" described here, which is merely the candidate winning all of the close states. But doing better than this best case is enough of an outlier to be a surprise. So it still serves as a good reference for the upper end of likely outcomes. 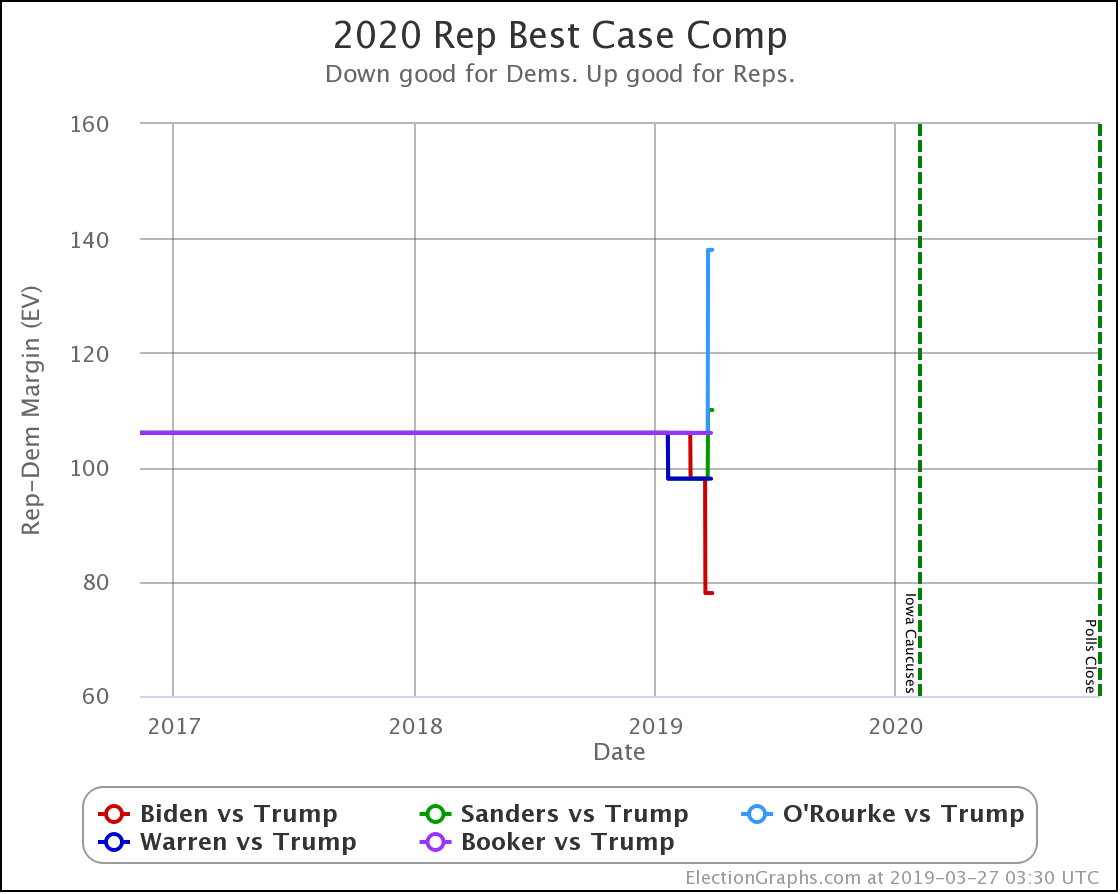 Looking at the Trump best cases only, not the "expected case" or "tipping point" that we usually spend more time looking at, Trump does best against O'Rourke, followed by Sanders, then Booker, then Warren, then finally does worst against Biden. (As usual, I am looking only at the five best-polled candidate pairs.)

Finally, a quick look at the comparison charts for the three states included in this latest batch of polls. Remember only Biden, Sanders, and O'Rourke were in this batch of polls.

Pennsylvania was a mix with Biden improving, while Sanders and O'Rourke did worse. 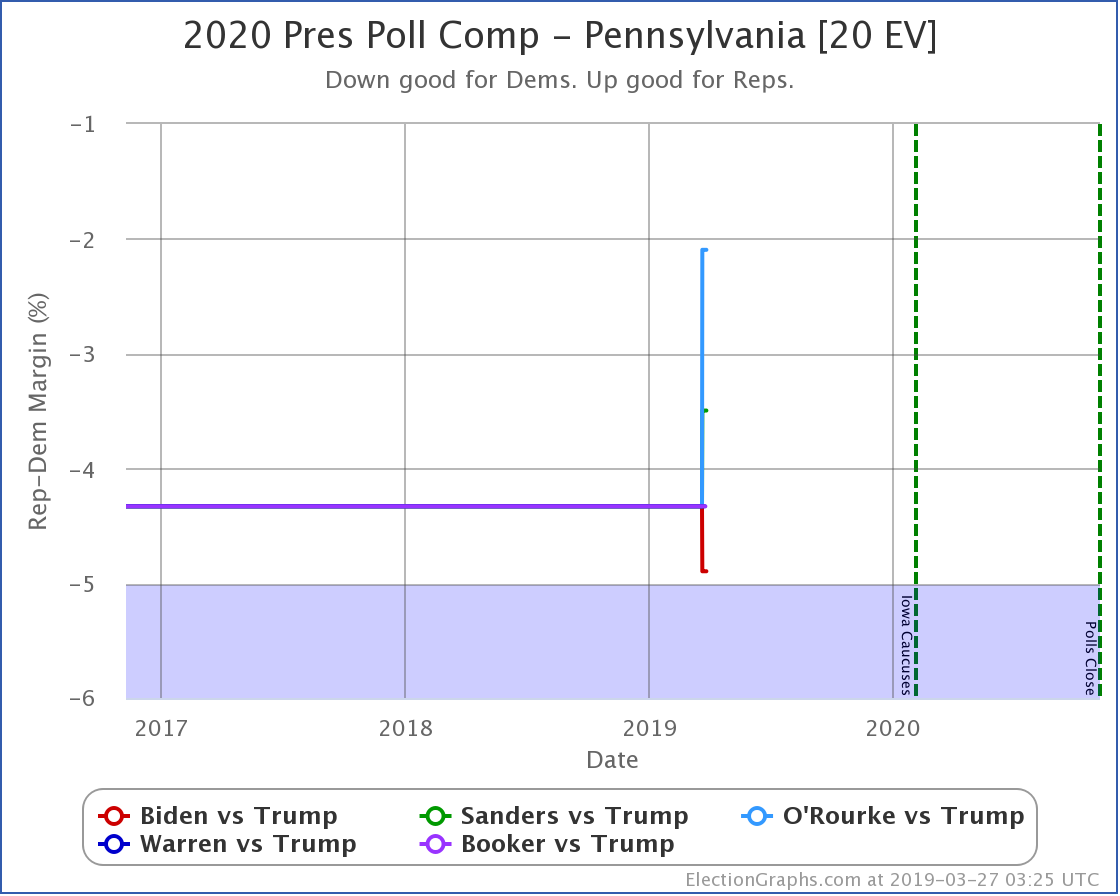 Trump improved against all three in Michigan. 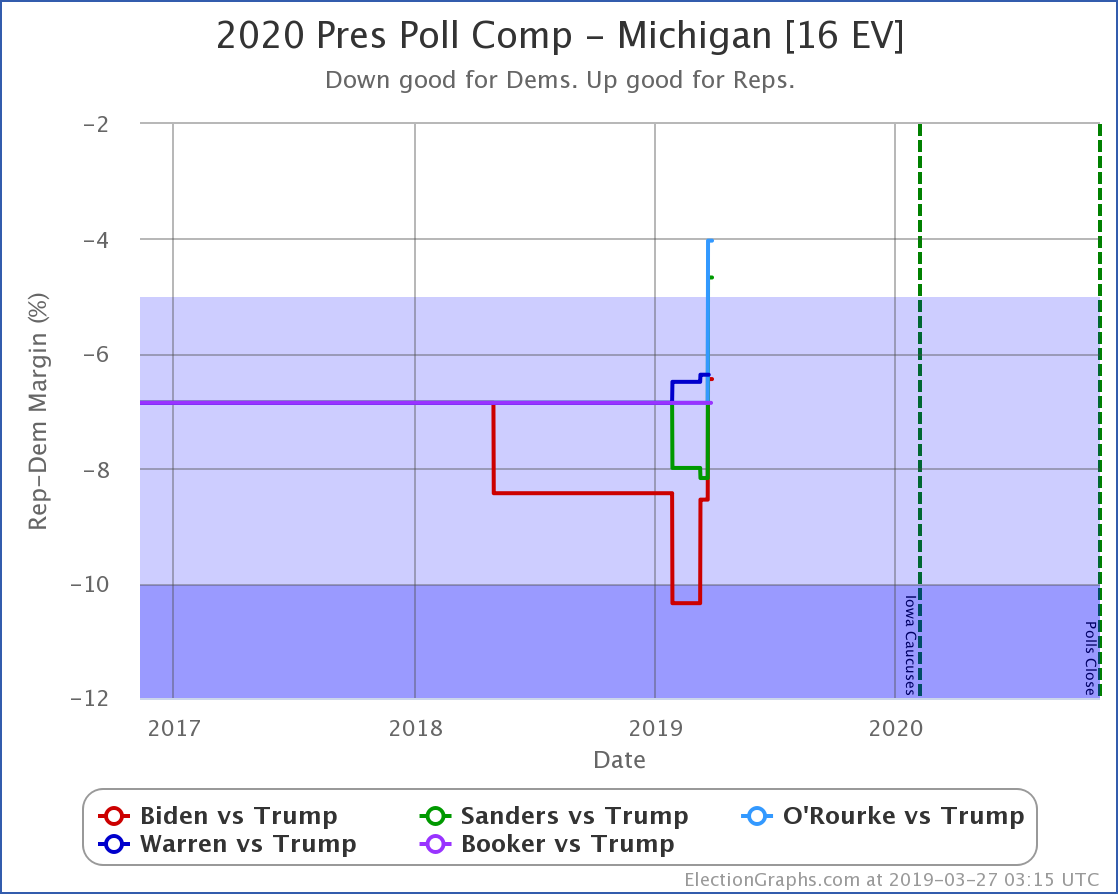 All three Democrats improved their position in Wisconsin. 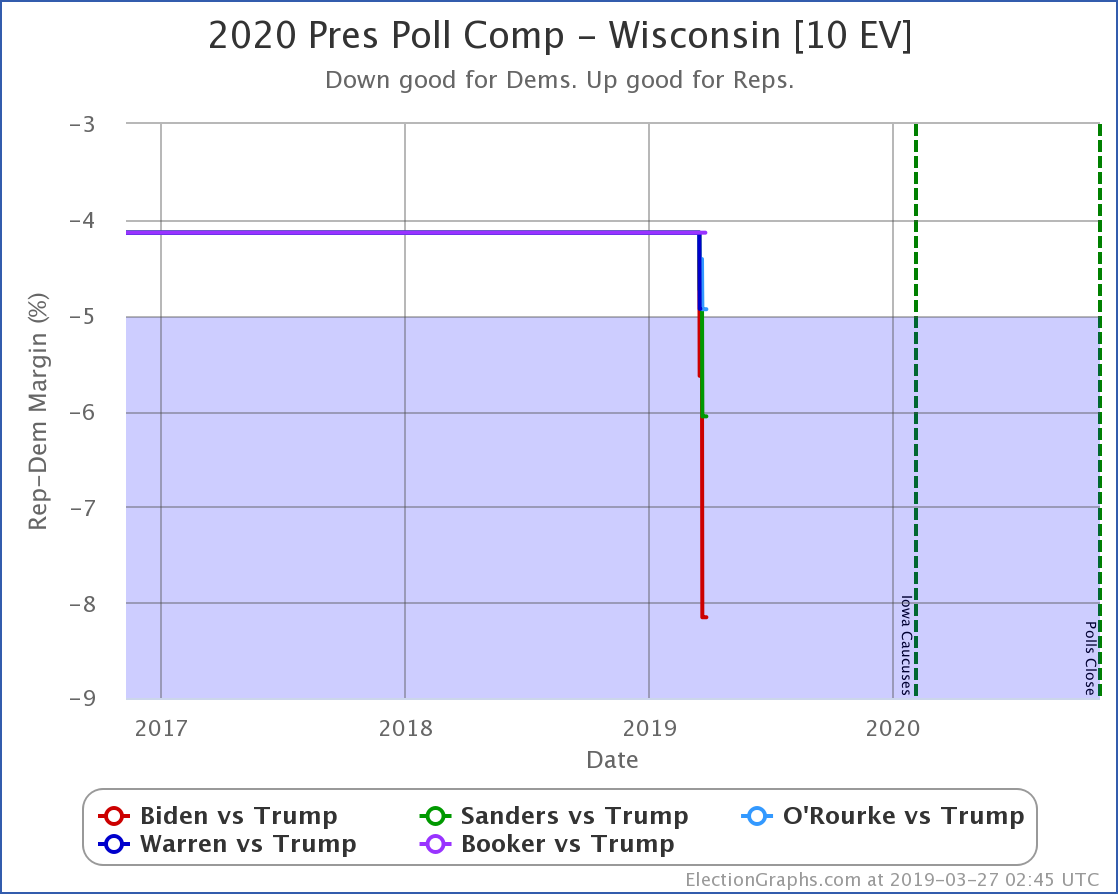 And yet again Biden is doing better against Trump than the other Democrats in all three states.

One thought on “Sanders and O'Rourke in the Midwest”