Since the last post about the general election a week ago on March 9th, there have been new polls in Arizona (x4), Michigan (x4), Pennsylvania (x2), Wisconsin (x3), North Dakota, Florida, Washington, Oklahoma, Iowa, and Kansas.

For the moment, although Sanders's chances are dim, there are still two candidates, so let's run through our usual charts, looking at just the two of them, and how things have changed since last week.

Let's start with the categorization view where we just see what the results would be if each candidate wins precisely the list of states where they lead in our poll averages. 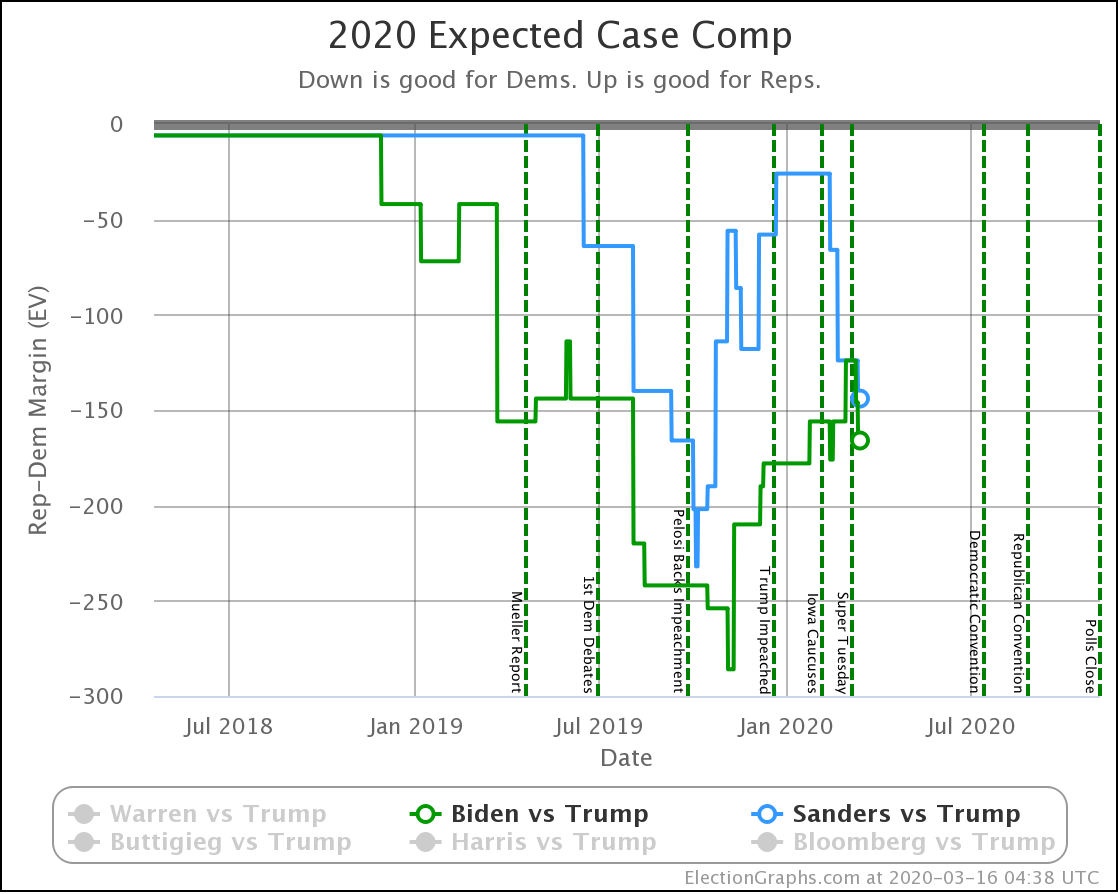 Both Democrats improve, but they no longer have identical maps. Since last week, both candidates flipped Wisconsin into the blue zone, but Biden also flipped Arizona.

What does that look like when you move to the more complicated probabilistic model? 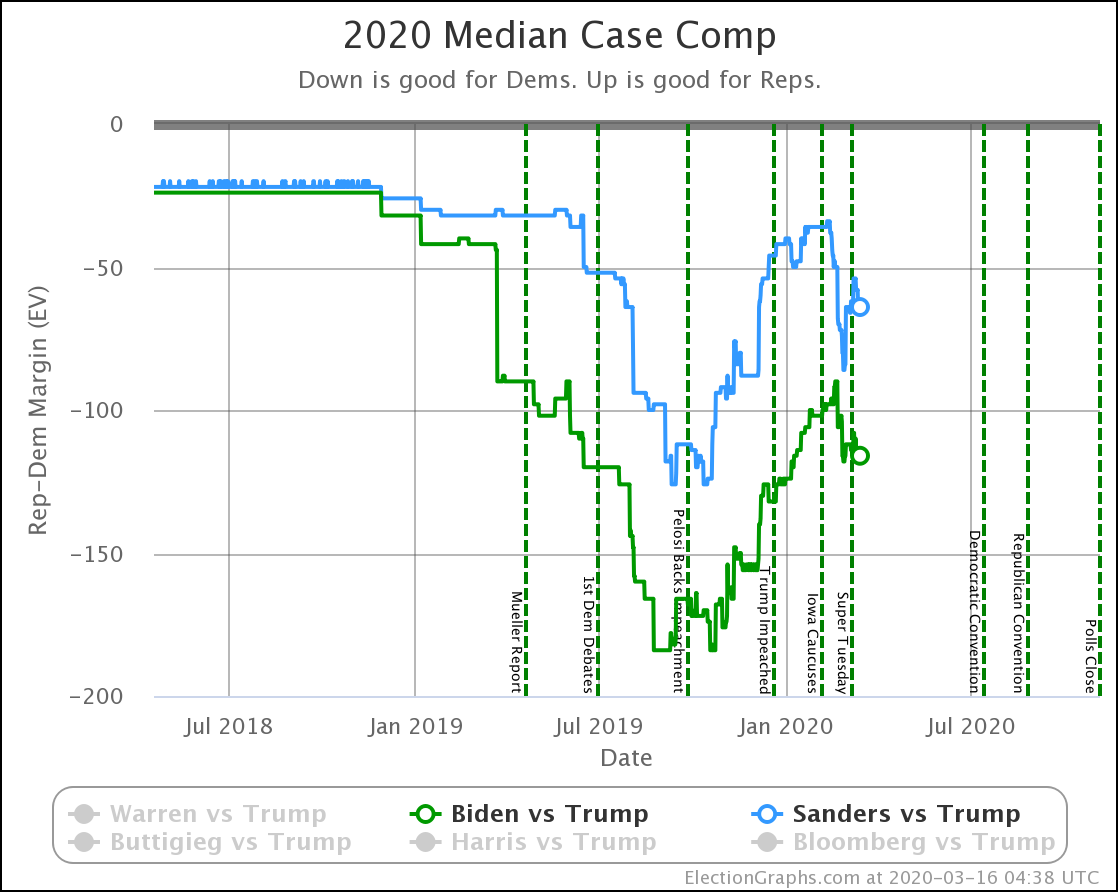 Both candidates improved when you just give everybody the states they lead. But when you take into account all of the poll movements, the median cases in the simulation barely change. Biden is flat; Sanders declines a bit.

Why? Because even though Biden and Sanders improved and pushed a couple of states over the centerline, other close states moved in the opposite direction, without changing their broad category.

So what about the odds? 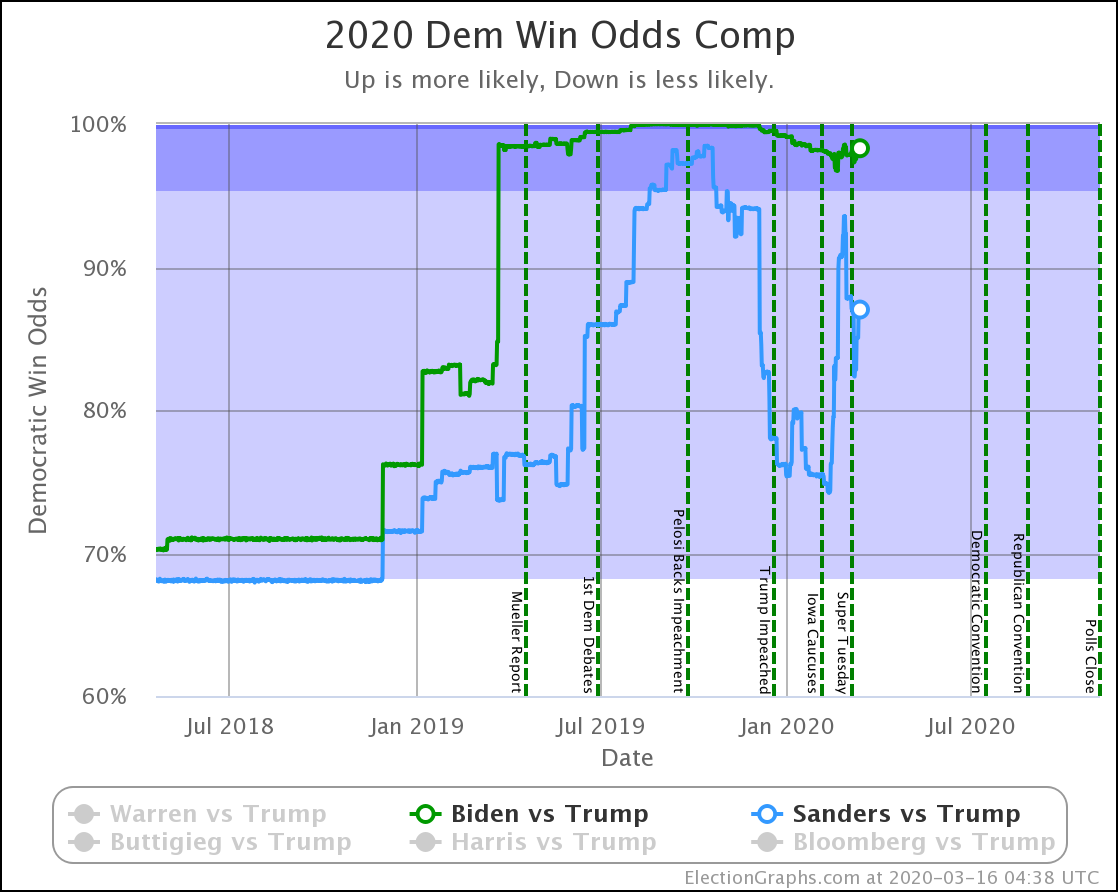 Like the median case, Biden is flat; Sanders is down a little.

Similarly, Biden has always had a better position against Trump than Sanders, but both of them are relatively strong. 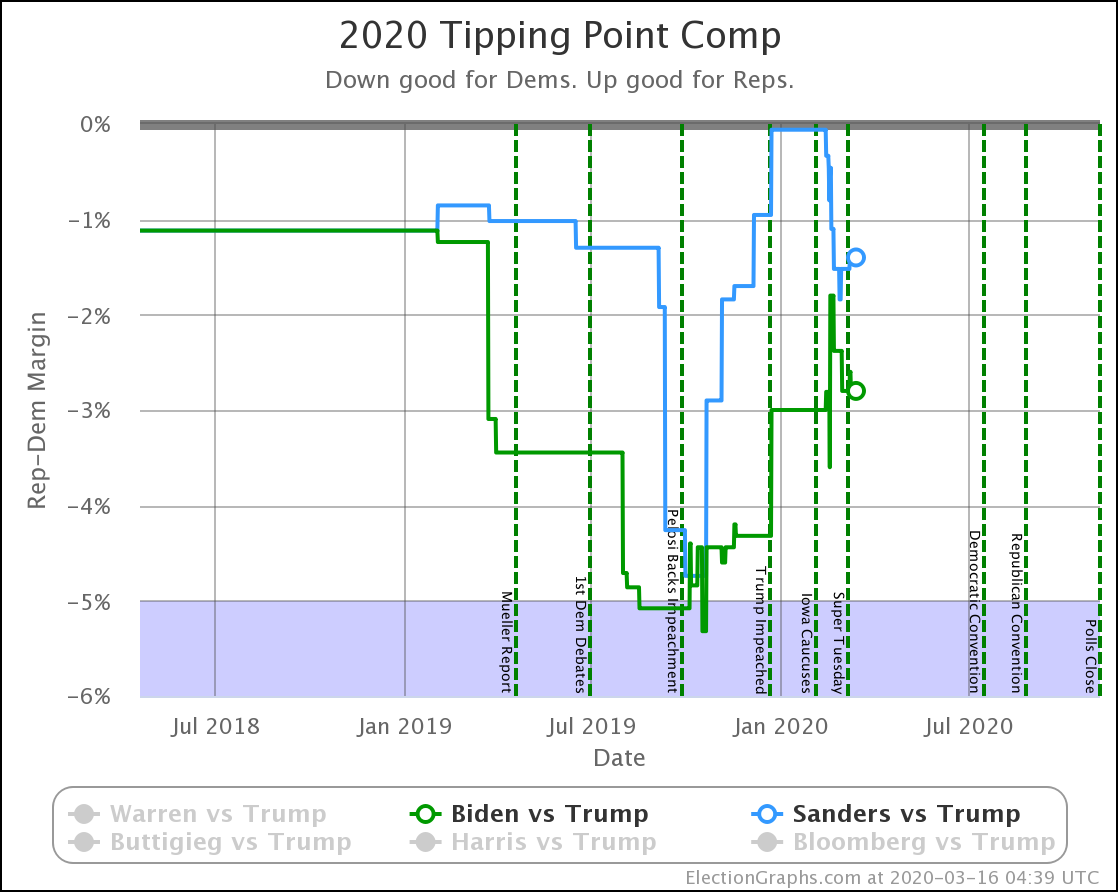 Biden is the stronger of the two candidates against Trump. We have him at a 98.3% chance of winning if the election was today. But the tipping point is only a 2.8% Biden lead.

2.8% can easily be erased with a week of bad news.

But that is where things are today.

One thought on “And Then There Were Two”